From MoR-Wiki
Jump to navigation Jump to search 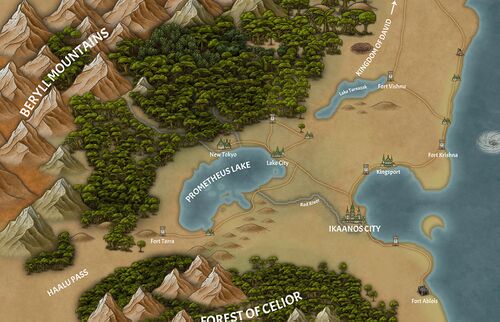 Map over The Dominion of Ikaanos 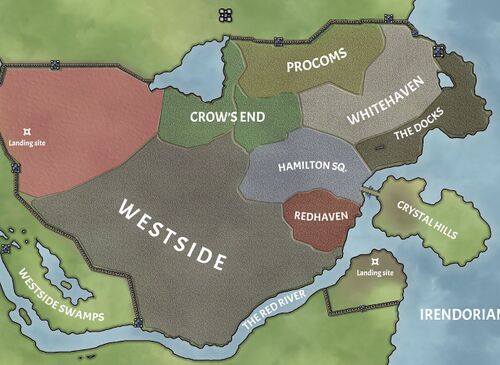 The capital of Ikaanos Colony

Ikaanos city, commonly known as The Great City or just The City, is the only real metropolis on Raana.

Founded by the adventurous second wave of settlers that landed on Raana's surface in 2230, over two and a half centuries ago, the Ikaanian metro area of today boasts almost 600,000 inhabitants and has a history that's rich in both tragedies and achievements.

The city lies on the Irendorian sea coast, nestled in a beautiful coral-crested bay that's blessed with an abundance of fish.

The city is largely powered by fusion reactors. These are ancient, having arrived as prefabs on board the second colony ship. The longevity of the reactors is a source of general concern among the academics and the ruling elite. Some, like Professor Hemme of the Academy, believe the reactor's remaining lifespan is no more than a few decades. Others, including the ruling elite, claim they will continue to provide power for centuries. This could be true, or it could be a lie to keep the people calm. The truth is known only to the select few who have the knowledge and expertise to service the reactors, and these individuals are kept under heavy guard as their services are invaluable.